A wedding shot could just be a small confetti shot with the confetti spreading out very thinly in the air. This confetti slowly floating and falling down on the new couple creates a magical moment to remember. 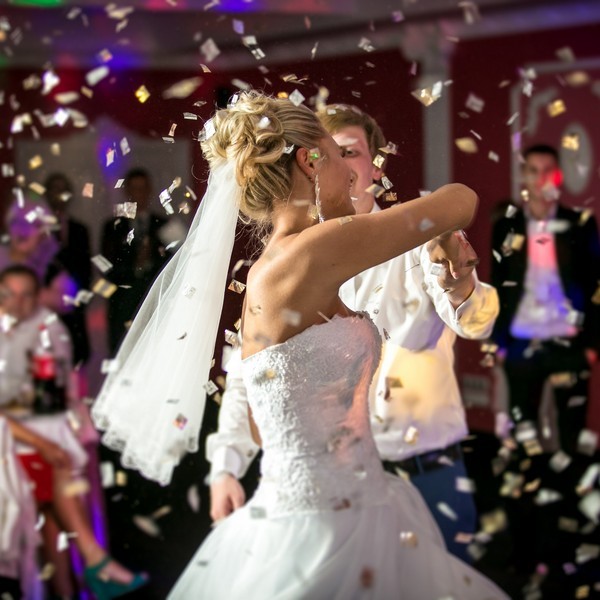 At a staged event you could have several pounds of confetti blasted into the air. This amount of confetti can create a huge confetti cloud covering everything and everyone. 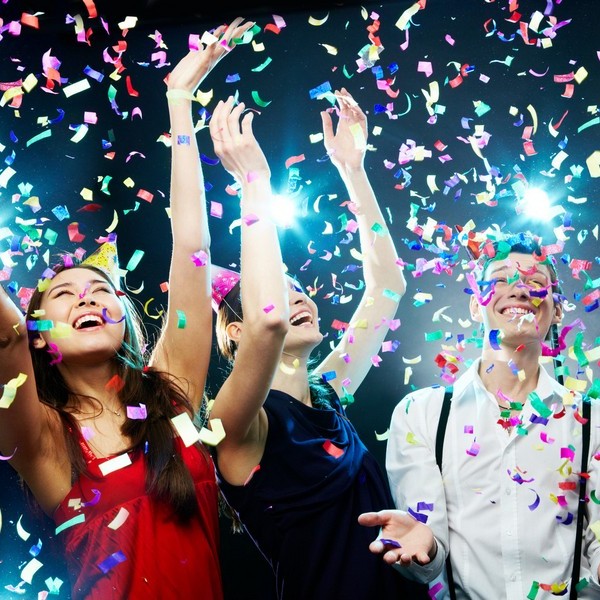 Want to know a little history about confetti? Check out these links: