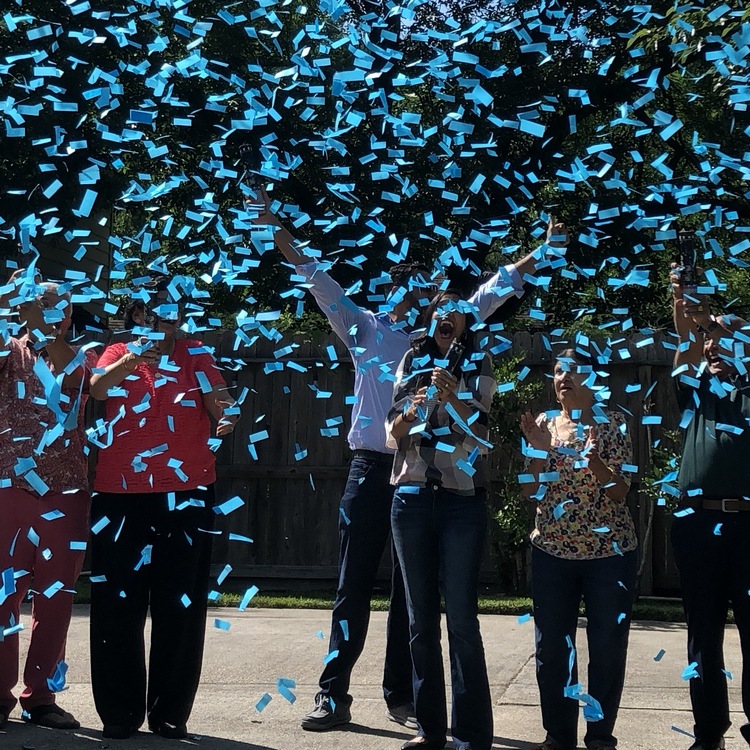 So you’re debating of using confetti cannons for your gender reveal party. You might be thinking, how can I order them without anyone knowing if it’s a boy or a girl, including us, impossible right?

As they say, nothing’s impossible. There are several ways you can order without knowing what color confetti is inside the confetti cannons.

I saw a confetti cannon kit online that you can choose that has two of each color. The outside of all the cannons is the same. It is black with many colors on the outside. No one can tell from the outside what color is going to shoot out.

Ask Someone Else to Order

You could also ask a family member or close friend to take the gender envelope and place the order for you at the confetti cannon store. This way you will not have any way to know before the big gender reveals day party.