Subtotal
$0.00
Checkout
How to Add Confetti at Staged Events

Do you want to add a confetti effect to your school play or stage event? If so, then here are a few things to consider when planning your confetti effect.

What area to cover with confetti

You must decide where you want the confetti to go after you shoot it. Do you want it to cover the stage area or the audience? Confetti exploding all over the stage creates an exciting visual effect for everyone. Shooting confetti out over the audience physically makes them part of the moment.

How to shoot confetti on the stage

If you want to have the confetti come down only on the stage area you can do it a couple of ways.

Or, it can come from backstage flying up and then floating down over the stage and performers. You would place the cannons along the back of the stage. When they are fired the confetti will shoot up all at once can come down onto the stage.

How to shoot confetti on the audience

You can line the cannons in front of the stage. Then at a certain point fire them all at the same time. The confetti will shoot up and then spread out floating down on the audience.

When to shoot confetti 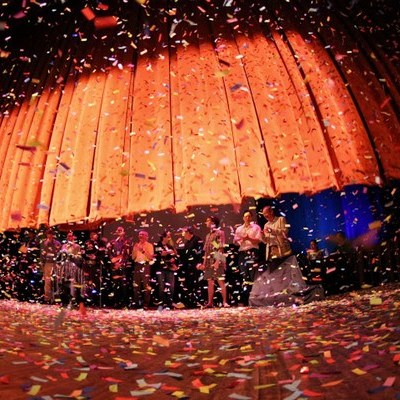 You can shoot confetti anytime during a performance to add some excitement. The finale is a great time for confetti. Or, you could do it at the end of a certain song or moment.

What type of confetti

Tissue confetti comes in bright colors. You can choose multi-color or a colorful confetti mix that matches your performance. Tissue confetti is biodegradable and flameproof.

What type of cannon 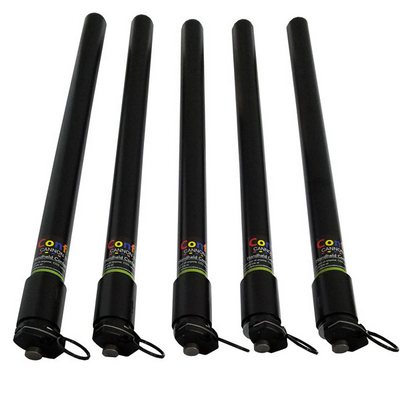 Our handheld confetti cannon is completely portable. It is fired manually. You hold it with your left hand and pull the trigger with your right hand to fire the confetti. The confetti will shoot out over 35 feet high and then spread out. Each shot contains about 4000 pieces of confetti.

Our electric confetti cannon is fired automatically. They plug into a power strip or any type of controllable outlet. When the power is turned on the cannon fires instantly on cue. The barrel is fully adjustable allowing you to create the perfect confetti shot. The confetti will shoot out over 35 feet high and then spread out. Each shot contains about 4000 pieces of confetti.